Why I connect with Reiki? 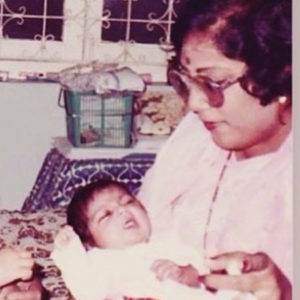 When I first sought energetic healing work, it was as an ointment to a big heartbreak. This is how the universe gets your attention. It was a five year long relationship enmeshed in unclear agreements and invisible contracts that collapsed one day under naive vague promises. Once I received my Reiki attunements and started channeling Reiki energy, it was like a whole new life form evolved from within.

Major shifts happened between 2009 and 2014, the time lapsed from when I met my mother last in 2009. I was a completely different person now, no longer in my 20’s just hit 30 not to mention Saturn Return was in full effect now.  I had new beliefs, different opinions, psychic awareness and emotional vocabulary. When I went to receive her, it was hard to see her at the airport . Then I never learned how to express vulnerability, fear, hurt or love since my childhood. These were all hidden under the labels of brave and independent or you can call it masked and isolated. My coping mechanisms were cloaked under anger and practicality. Repression of emotions was always the best solution to maintain peace.  If you have ever lived away from your elders and you see them after a long time, something softens internally as you see the once vital strong person withered into old age.  But if you don’t know how to interact from that softness, the hard exterior will come back even harder especially in high emotional stake situations. We had a lot of friction in the first couple hours, my mind was unstable just from the moment we were riding back in the car. I even got a speeding ticket because I couldn’t wait to get home. She didn’t know how to be with me as she had gone through many changes of living as widow herself in her 60’s now. My bravery mask has sometimes come across as intimidation for near ones in my life.

After a few rocky days, we started opening up and sharing, talking about each other, learning about each other as two grown people. I was eager to share what I had discovered in my life and practice. Occasionally there would be outbursts, and one day the big one happened at like 10:30pm in the night. I was taught in my spiritual teachings that my job was just to offer (not enforce) the Reiki, it was not to control the accept/reject outcome of the offer. In themidst of a heated argument emotions were so charged that the whole room felt it was running low on oxygen and words were not enough to share the magnitude of past hurts. In a moment of surrender I said, “I don’t know what else to do here, would you like me to do a Reiki session for you?”. Mom agreed and I proceeded to setup the table and room. Wiping off tears and focusing on my breath, I removed myself from the mother-daughter relationship role and prayed that may this be for the highest good of the recipient. Once this energy started flowing, it was like a giant tangled ball of wool unwound itself ironing out molecularly. I felt locked energy in parts of her body that had manifested in stiffness and injuries over the years now witnessing through time and space the effect of unprocessed emotions, un-nurtured corners and pain was not given a compassionate witness to transmute.

After about 1-1.5 hours, I closed the session when everything felt settled. We both hydrated and took a few mins to get back into the earthly dimensions. Just like everyone else I do a session on, I asked “How do you feel?”. Mom responded, “This is the lightest I have ever felt.” This was the moment that is still etched in my consciousness. You see mom was just turning 66 and was over twice my age. From my own personal journey of discovery so far, I realized that how inhibited and burdened I was in my own unaddressed soul work. To now come to realize that the woman who birthed me, raised me, who I love so much at my core had been experiencing the same if not more burden for over twice the number of years than me. It was a moment of magnitude that sealed my belief in this work to another depth. 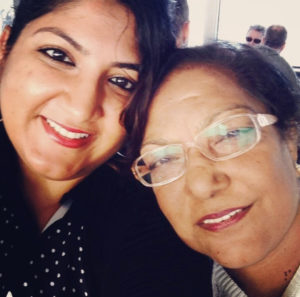 Of course there are plenty moments and gifts that connecting to Reiki has brought me but that moment stands on its own merit. It is my anchor to when I am shaken in my own doubtful waves of chaotic thoughts. I ended up attuning my mom so she became my first student. We had many more moments where we started re-building brick by brick our connection as two souls. We celebrated her 66th birthday a few weeks later going for whale watching at Long Beach pier. About a year later, she passed away in India. To live today knowing that we had those moments of connection beyond words, beyond time and space is a gift that I always am thankful for. Her love from over the rainbow flows in daily and sometimes so big that I am lost at how to receive it and I am expanding every day to be receptive of it.

Your method of connecting to the subtle yet bigness of this universe might be different but whatever it is stay connected. Your life will always bring you the right people to introduce you this raw energy that is at the core of how everything works. Stay plugged in and always allow this charge to fill you up.

I was born in a Sindhi family that migrated from pre-partition present day Pakistan and was raised in Mumbai, India. Through my years, I have always valued freedom but struggled with feeling binded in inherited systematic beliefs and personal fears. Today, I can honestly say that I am equipped to be pursuing everything I cherish with complete joy as I have persistently worked through my personal development and spiritual connection. Liberated from years of burden of low self - esteem, body image stigma and lack of self - worth, I am unfolding to my true authentic self and in doing so I have truly fallen in love with myself. And from this place of self - acceptance and self - love, I offer my gifts and talents to those who seek the answers that I am chosen to bring forth just for you. You can sign up my Weekly Donation Reiki group or receive a private healing event with me. I look forward to our rendezvous.

My journey with Reiki started as a kid when my aunt would Reiki my tummy for when I was nervous for exams. Years later I was guided to be attuned after a heart wrenching breakup. At this point I was already aware of Law of Attraction and Abraham Hicks. It was as if everything made sense. I continued my Reiki studies at Pause in Joy from 2011 to being a Reiki Master Teacher in 2014. The first person I attuned was my mother and although she has passed away, it was our connection via Reiki that helped me deconstruct and build our relationship in new light-ness. It is one of the blessings I always cherish. Along the way, I learned tools such as Emotional Freedom Technique (EFT Tapping), Access Consciousness and Ho'oponopono. I am also tuned into Astrological events and provide birth-chart analysis as that is the primary map in time space co-ordinates of your existence. I have always been open to learning which recently led me to discover the 12 steps for Codependency Anonymous and has given me an improved understanding of healing childhood traumas, beliefs and unraveling stuck patterns with an expanded compassionate vocabulary. To me spiritual growth is in harmony with growing in many areas simultaneously while experiencing the light, joy and freedom that life is!

All my healing events are intended for your highest good. I don't know what is in your highest good but by just trusting this intention I am guided to information from a neutral filter as it is. Healing Events are made up of applying EFT and other times it will be a combination of various modalities as I am being guided by both our collective higher powers.

Healing Events are available in person or online. Location is West Hollywood, CA or I can visit you. Online events are on Skype / Zoom.

Healing Events are 60 mins and $175. I accept PayPal, Venmo or Cash.  No one is turned away for lack of funds.

Enjoyed what you read?

Support with a one off tip or just well wishes.